Cute Shoes and a Shopping Ban

When we returned home in January after a month of holiday travels, I decided to implement a shopping ban. This was a secret ban that only applied to myself. I decided that I would not buy any "stuff" for the month of January. I was allowed to buy experiences (e.g., concert tickets) or consumables (e.g., groceries, wine, restaurant meals), but no material objects (e.g., books, clothing, household items).

One might think that this month of restraint was inspired by the materialistic excesses of Christmas. It is true that there have been many Christmases when I have gone overboard in celebrating the spirit of consumption. But more typically at Christmas, I have been unhappy about the materialism that has come to characterize the holiday. This year, there was an agreement among many of our friends and family members to cut back on shopping and gift giving, and the holiday was was much less consumeristic. So if Christmas influenced my decision to implement a shopping ban, it was more in the spirit of carrying on with a good thing than trying to to atone for a shopping overdose.

Recently, I have been reading some blogs and other materials on frugality and minimalism. So this was another factor that influenced the January decision. I always have been a frugal person by nature and also by upbringing. I have more or less supported myself since I was eighteen, including paying my own way through university. Later in life, I ended up as a single parent. So there have been some slim years during which I learned to live well on not much money.

I only really began to loosen the purse strings when my three children were teenagers. By that time, I was earning a good salary and had no debts, not even a mortgage. I suddenly realized that soon my children would grow up and begin to move out, yet, aside from camping trips, I had never travelled anywhere much with my kids. Although I had paid for sports, lessons, and activities (skiing, soccer, gymnastics, music lessons, summer camp, art classes, etc.), I had avoided certain "expensive" one-time experiences. So in their teen years, we did things like a trip to Mexico, a cross-Canada trip in a motorhome (admittedly an antique one), a seaplane flight on Haida Gwaii, days at theme parks, and helicopter flights.

It became easier to spend money. I could afford these things. Then, when I started working as an administrator, with long hours and an even higher salary, I fell into the habit of going to restaurants a lot, and sometimes shopping as a pastime rather than because I actually needed something. I was too exhausted to do anything in my leisure time that required any effort, and I had very little leisure time in any case.

So as I read about frugal, less consumer-oriented lifestyles, I suddenly realized how far I had shifted from my frugal habits. The world does not need so much stuff. Our consumer lifestyle squanders the earth's resources and contaminates the environment. Having more stuff is not the route to happiness. I realized that I was shopping for things that I did not want or need, and also buying stuff for others that they did not need. I decided that not buying anything for the month of January might help me to become more aware of my mindless buying, and also help me think about what I valued each time I considered making a purchase.

Well how did I do with respect to my "buy-nothing" goals? It turns out that I found it to be as easy as pie. There was one moment in late January when I looked at my toothbrush and decided that I needed to buy a new one. It is necessary for healthy brushing, I told myself. But then I argued with myself that I could surely wait one week until February to purchase the new toothbrush. So I didn't buy it.

I would have had a perfect January except for one thing. On the same day that I denied myself a toothbrush, I mindlessly tossed a magazine into the grocery cart when I was standing at the checkout counter. It was a National Geographic special edition on gender. I didn't even realize what I had done until I got home and started unpacking the groceries. Books and reading materials have always been my special indulgence!

However, on the whole, the "buy-nothing January" was so easy that I continued on with it through February and March as well. In February, I would have been purchase-free except that I had to pick up a few art supplies for a water colour painting class. I already had most of what I needed, except for a few items on the supply list. I went the whole month of March without buying a thing until the last week. Then my old bad habit of shopping just for something to do briefly re-emerged and I went and bought a pair of jeans and a T-shirt on sale, neither of which I actually needed. I felt annoyed with myself.

I think one reason it was easy to not shop was that I did not limit purchase of consumables. We still went out for dinner, and we made a trip to the nearby city to attend a concert, and stayed overnight in a hotel. I also have not counted the cost of the home renovations in the shopping ban. We were spending so much money on reno's that we both felt little desire to spend money on other stuff. Also, I began my decluttering efforts during this period. There is nothing like sorting through boxes and boxes of stuff to reduce the desire to purchase more stuff. 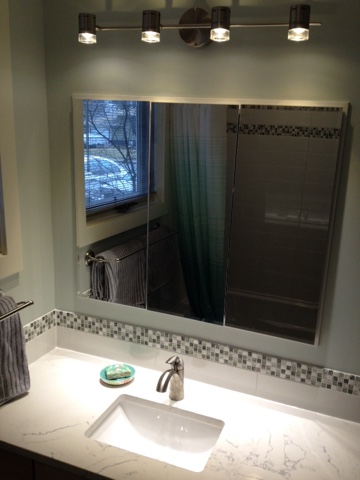 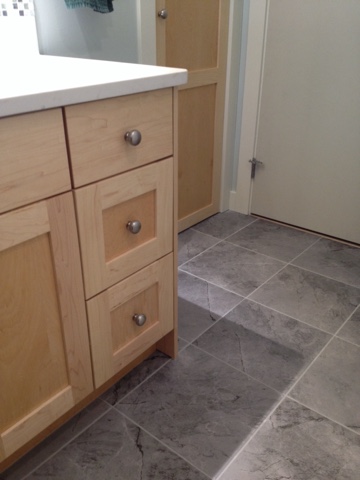 Here is where the cute shoes come into the story. As I have mentioned before, I broke a bone in my foot 18 months ago. After I got the cast off, I had to learn to walk again. I could not wear most of my shoes. I was limited to wearing sturdy flat walking shoes, athletic shoes, athletic sandals, and hiking boots. My cute dressy shoes with heels languished in my closet. A couple of weeks ago, during my cleaning and decluttering activity, I discovered several very nice pairs of shoes in the bottom of my closet, covered with dust. I had completely forgotten that I owned them. I dusted a pair off and wore them to work. They were not comfortable to walk in. As I will have little use for dressy shoes when I retire, I have decided to give away several pairs of cute, barely worn shoes. 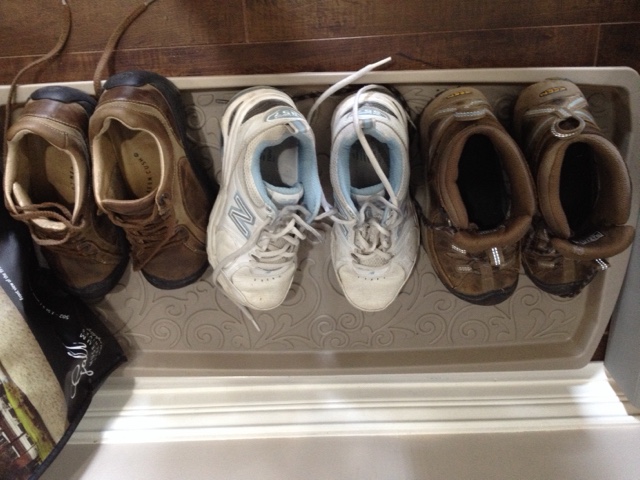 The shoes that I actually wear

As for the new toothbrush that I did not buy -- don't worry, my health is not suffering due to using a worn out toothbrush. A couple of days after the internal toothbrush purchasing debate, I found five brand new toothbrushes in the bathroom drawers as I was decluttering and getting ready for the bathroom renovation.