This Christmas season, our focus has been on spending time with friends and family. So tonight I will offer a photo collage of some holiday moments.

Rob and I went to Vancouver to enjoy a show in the alternative art scene. The show, Nicolas Sassoon + False Witness, was co-directed by my daughter, who is a co-director of the New Forms Festival.

While in Vancouver, we had a great time visiting with old friends, as well as with my daughter and son. 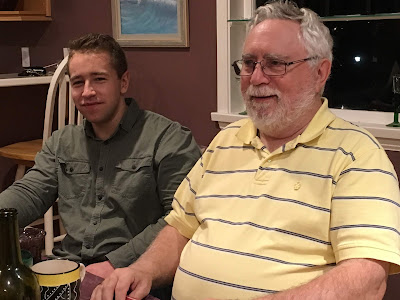 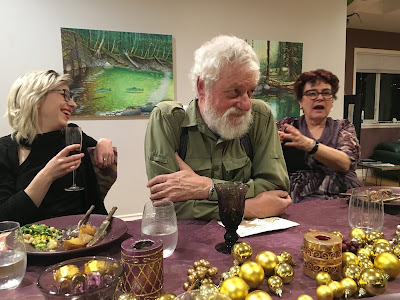 Skating With My Grandson

We have discovered that one of my grandsons loves to skate. He is three years old and a total speed demon on the ice. 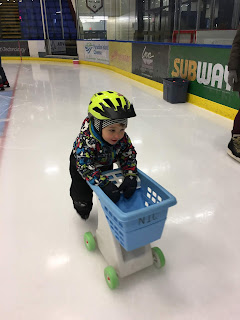 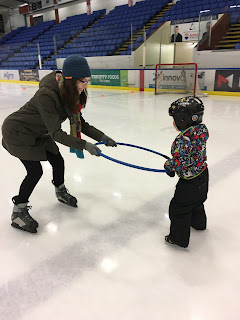 Hiking in a Wind Storm

What do you do when a powerful wind and rain storm knocks out the power? Why, go hiking, of course. Our power was out for a night and most of two days. As well as going hiking, we spent those precious daylight hours packing for our trip up north. The windstorm happened right at the winter solstice,  therefore coinciding with the longest night of the year. Nights seem extra long and dark when you have no electricity! 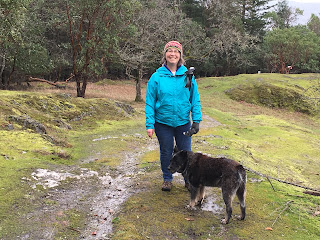 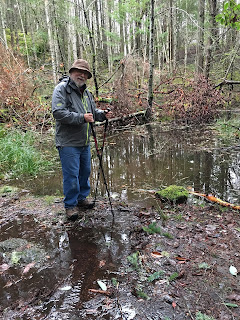 Christmas in the Snow

We have had a wonderful time visiting with our northern grandchildren. Who knew that collecting and stockpiling chunks of ice could be so entertaining! 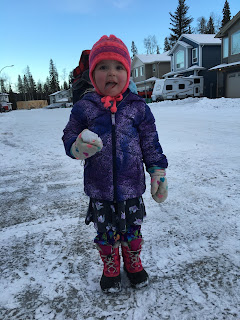 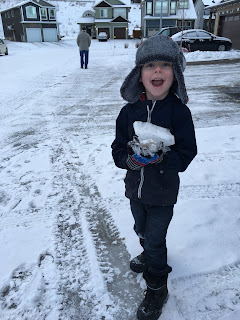 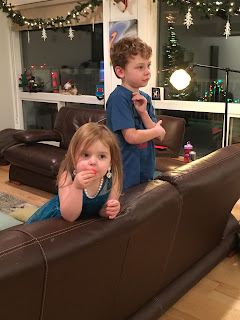 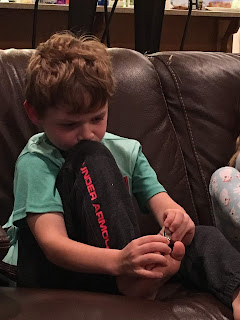 Wishing you all a wonderful holiday season!

Not My Usual Christmas Rant

I love being with family at Christmas. I enjoy cooking and eating the traditional turkey dinner. I like choosing special gifts for people I love. I like the pretty lights, and the woodsy smell of a Douglas fir tree in the house.

But every year, at some point I return home from the mall, after hours of being jostled by hoards of frantic hollow-eyed shoppers clawing through bins of useless consumer garbage looking for something for those hard-to-buy-for friends or family who already have everything. And I say, “This is it! I am not doing Christmas this year! No presents, no Christmas cards, no tree, no turkey! I resign!”

I reflect on the fact that in the hyper-capitalistic society that we live in, corporations will do anything to get my money, from tracking and stealing my digital data, to constantly flashing ads in my face, to building obsolescence into material goods so that it will be easier to compel me to purchase the same thing again and again, to insinuating that I am not a worthy person if I do not own X, Y, or Z. Christmas has become the ultimate consumer event, and every year I swear that I will not get duped into doing a consumer Christmas again. And then I do. Again. Because I want my dear ones to be happy. Because they might think that I do not love them if I don't give them stuff. Because it is easier to pretend that everything is just A-Okay -- if I don't notice or think about our global crisis, it isn't happening. La, la, la, la, la. 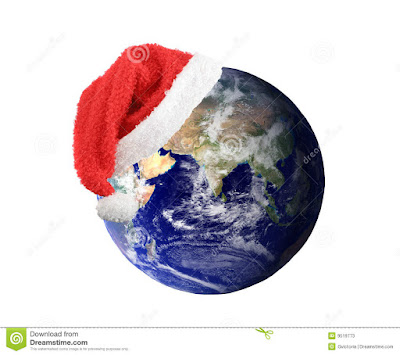 I feel despair that the human race seems to be unable to take the necessary steps to adapt in order to save itself and other living things on earth in the face of mounting evidence that global warming is leading us along a trajectory toward a peak extinction event. Some scientific models predict that it will happen around about the time that my future great grandchildren reach adulthood. That is not a very long time from now. Yet, despite knowing that we need to keep mean temperature gain to no more than 1.5 degrees above pre-industrial levels, we actually *increased* our fossil fuel usage by 3% last year.

(Note: that is not a gain of 1.5 degrees from now that we are permitted. Mean global temperature already has risen 1 degree from pre-industrial times. So we have only half a degree left to go, or maybe 1 degree if we can accept the devastation that a looser goal of 2 degrees gain would entail.)

I am part of the problem. The one gift that I would most like to be able to give to my children, grandchildren, and future great grandchildren is the possibility of surviving and thriving on this beautiful planet Earth. A long and happy life. But every time I buy another piece of plastic, I am subtracting from their chances.

I didn't mean to rant about how Christmas has become a corporate money-making event with the sole aim of making a tiny elite even more powerful and extremely rich, at the expense of all future life on this planet. I was just going to write a couple of sentences about why I rant at Christmastime in order to get it off my chest, and then move on to happy thoughts.

We are travelling north this holiday season to spend time with our northern (adult) children, grandchildren, family and friends. Yay! Also, before beginning our travels, we had some really special moments with our southern BC kids, grandkids, and local friends.


This year, Rob and I chopped our Christmas consumption down. With some dear friends and family, we have mutually decided that we will no longer exchange gifts. What we are doing instead is making time to spend more time with them doing fun things together -- which Rob and I can do now that we are both retired!

For those with whom we do exchange gifts, I have mostly chosen things that are artist-made, or edible/drinkable, or items of practical necessity, or educational, or gifts of experience, or donations to the most needy people on earth. So, I have still been able to have fun choosing special things for people, but have spent very little on consumer crap that imperils our future. Instead, gifts like these serve a double duty. (Confession: however, a couple of toys for the grandchildren do not fit these parameters.)

This week, we spent 29 hours camped in our dark house without power. A massive windstorm knocked out power to many parts of Vancouver Island and the lower mainland in southwestern BC. We were lucky as we have both a wood stove and a natural gas fireplace, so we weren't cold. Also, we are well equipped for camping, so we had a way to cook and MAKE COFFEE. Our power came back on, eventually. But, as of this afternoon, 70,000 people were in their 3rd day still without power.

This is storm has been called unprecedented. It is the second extreme weather event that I personally have been impacted by in the last 6 months. The previous one was in August, during which Vancouver Island experienced a record drought, and huge areas of the province were engulfed by wild fires. Our home was not threatened, but for six weeks we breathed thick choking smoke.

Whoops. I'm heading back into rant mode. I need to find a way to start making a real difference to support global sustainability, beyond personally cutting back on shopping. That is one of my goals for 2019.

Have Yourself a Merry Little Christmas.