A Gradual Reopening of Our Social Life


June was the month of birthdays. It was also the month that we gradually began to see people socially again, although still with caution.

We are very lucky that we live in British Columbia, Canada. Under the wise leadership of our Public Health Officer, Dr. Bonnie Henry and Provincial Minister of Health, Adrian Dix, BC has done an excellent job of flattening the curve. I also give credit to British Columbians, who tend to be socially aware and community-minded. (That's one reason I like living here.)

Therefore the province was able to begin phase-three reopening at the end of May. That meant restaurants, retail stores, and shopping malls began to reopen. They were followed by dentists, hair salons, and other personal services. Now pubs are starting to open up again, as is the film industry. In order to open, businesses must have a plan for how to maintain physical distancing, and strict hygiene protocols. Although masks are not required in BC, they are recommended in indoor spaces if physical distancing isn't possible.

On June 1, there were 2,597 novel corona virus cases in total in BC, and about 10 new cases per day being reported. On Friday, July 3, the most recent day for which stats have been reported, there were 13 new cases, and 2,947 total cases in BC. Since May 22, there have been only 5 new cases on Vancouver Island. 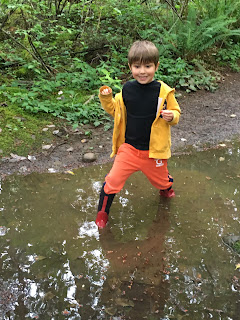 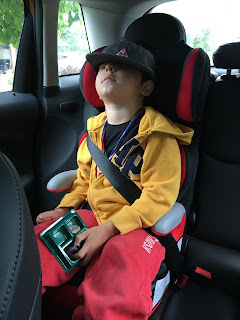 We began to gradually form a bubble with my daughter, son-in-law, and two grandsons. At first, I spent time with my grandsons only outdoors. But gradually we began to see them at their house and ours.

In early June, we celebrated my son-in-law's birthday at their house (carefully, using lots of hand sanitizer). 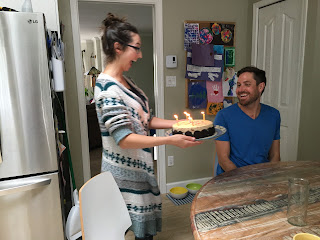 A couple of days later, my middle daughter came over from Vancouver and spent her birthday with us and visited for several days. She had been self-isolating in her small apartment, and we hadn't seen her since early February. 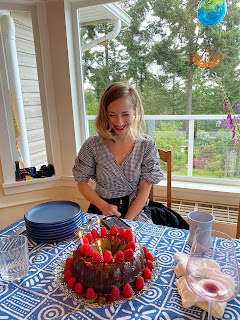 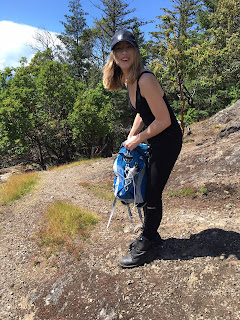 It was so great to be together again. We hosted a small family birthday dinner for her (seven of us in total). It was the first time my older daughter and her family had been in our house since before the COVID restrictions. 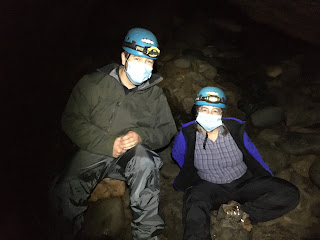 Later in June, my son had a birthday. He, too, came over to the Island and spent it with us. He and I went on a cave tour at Horne Lake Caves. There are more caves on Vancouver Island than in the rest of Canada combined -- more than 1,600 of them! 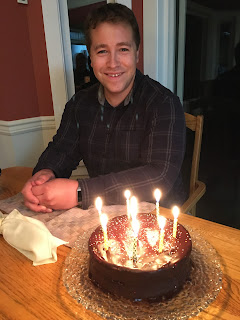 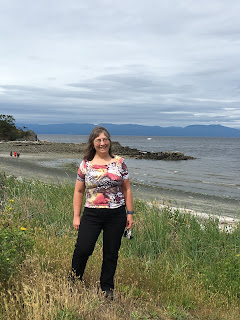 My older grandson rounded out the month of birthdays by celebrating his eighth birthday at the end of June. We went over their place and enjoyed ice cream cake on their deck. 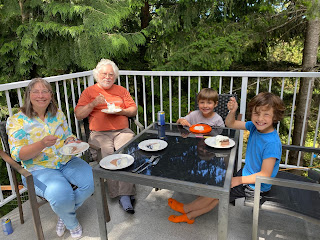 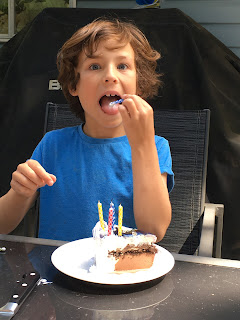 We also hosted two other gatherings at our place, in both cases outdoors on our deck. We hosted the AGM and annual barbecue of our service club (15 in total) the last week of June (by some miracle the rain stopped for one day). The deck is large enough that we were all able to maintain a safe distance. And on July 2, I hosted a small writers' group meeting on the deck. 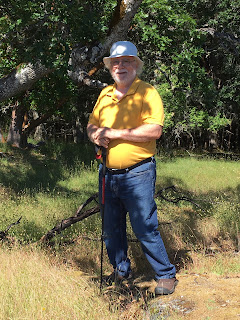 It has been a cool rainy month, but we have also gone for lots of walks and hikes.