Something You Don't Know About Me

Something you don't know about me -- what could that be? I have been writing this blog for ten years now, and I have written about a lot of different aspects of my life. But not everything. For example, I have hardly written anything at all about the kind of work I did before I retired, even though it consumed 40-60 hours a week of my life for 35 years.

But that is not what I am writing about today.

A thing that not many people know about me is that I do not watch TV. At all. Ever. With a couple of small exceptions.

I watch elections, including Canadian provincial and federal elections, and American presidential elections. I watch the Winter Olympics (but not the Summer Olympics). And I watch FIFA World Cup soccer, both the men's and the women's competitions. Other than that, nada. 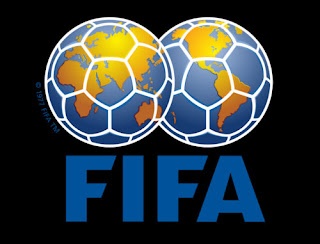 We do actually have a television. It lives in the basement, where we mostly use it to watch movies. These are not movies on TV, but selections from Rob's huge collection of DVDs. Recently we began to subscribe to Netflix, and sometimes watch Netflix movies on the television. I occasionally watch an episode from a Netflix series on my iPad, but not very often.

Rob watches lots of movies every week, usually on his computer. He is a bit of a movie buff. But he doesn't watch much TV either. We do have a digital cable package, and when my son lived with us, he used to watch hockey.

My experience with the TV is so limited that, until the recent World Cup competition this summer, I didn't even know how to use the remotes to turn ours on, or how to find channels. I do not have any interest in TV. I am so unused to being around a television that when I am in a place where there is one blaring, such in a bar where several are playing, I find it hard to mentally tune them out.

I grew up in a house where the TV was turned on all day long, and as a child, I did watch TV. However, on the northern frontier where I grew up, TV did not come to our community until I was in primary school. When it did finally broadcast to the north, we only received one channel and there was no cable. It was CBC, our Canadian national television station mixed with some local programming. Eventually we got two channels, CBC and CTV.

When I left home at 18, I stopped watching TV, and never felt the lack of it. When I got my own apartment, I did not get a television. My life was so busy that I did not want to "waste" time watching TV programs. I read a lot instead.

My first husband brought a TV back into my life, but I still rarely watched it. I did have a brief interest in LA Law and Star Trek, Next Generation in the late '80s. My preschool-aged children watched children's programs like Friendly Giant, Fred Penner, and Sesame Street. When I became single again, the TV went down to the basement and we no longer subscribed to cable, until the kids became teenagers and begged me to get cable once again. Occasionally I would watch something with them -- Friends, That Seventies Show, Seinfeld, The Simpsons, or Family Guy.

Because of my lack of immersion in TV programming, sometimes I feel like a bit of a cultural idiot. Back in the days when everyone was breathlessly following a series such as Dallas, or Survivor, I was unable to contribute to conversations at coffee break or at a social gathering. I don't know the names of television actors or the characters they played. Similarly, I can't say who won the Stanley Cup this year, nor do I know which player was traded to which team for what outrageous sum of money.

But, strangely, for the three things that I do like to watch -- elections, Olympics, and World Cup -- I become totally obsessed. This year was a year in which both the Winter Olympics and the men's World Cup took place, as both of them are on the same four-year cycle. So I had a period of excessive TV watching in February for the Olympics, and another period in July, watching World Cup.

I think the reason that I like the Winter Olympics so much is that I do (or used to do) several winter sports -- alpine skiing, nordic skiing, and figure skating, and my daughter used to be a freestyle skier, and my son snowboards. Similarly, World Cup interests me because I played soccer on and off from childhood through until I was 55. I also coached soccer for a couple of years.

I was so motivated to watch World Cup this summer that I learned to use the TV remotes! Rob subscribed to on-demand programming for the sports channel so I could follow the World Cup matches. (Have I mentioned that he is a sweetie?) I even downloaded an app onto my iPad so that I could watch matches if I had to be away from the TV, which I was frequently as we travelled a lot last month.

One thing that I know for sure is that retirement hasn't turned me into a television aficionado. The photos throughout this post show some of the fun things that we did last month. We did lots of travelling and had some visitors. I think that not watching much TV has made my life more rich and interesting.