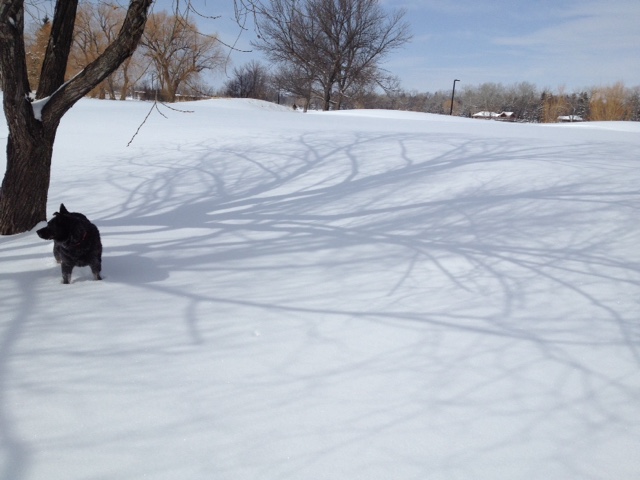 During the past two years, I have been on a journey of change. Unlike the kind of change emphasized throughout my career, when I facilitated external changes such as institutional change, theoretical advancement, system innovations, and learner change and development, now I am undergoing a transition that involves self-change. Of course, within my career, I experienced self-change through personal reflection, learning, and growth; however, I see in hindsight that those changes were in a narrow sphere. It was the sphere shaped by work requirements. I grew in areas that helped me to do my job better.

Now as I prepare to leave my career, those matters and daily concerns that so engaged me have fallen away. My mind is no longer buzzing with job-related worries all of my waking hours. And what "me" is left after work goes away? Or, to put it another way, what kind of person will I grow into and become once my career has been subtracted as the dominant element of every day?

I suppose the first step of self-change began well before I left my administrative role or made the decision to retire. The first step was recognizing that something was missing in my life. Although I had a vibrant successful career, and was so very, very busy, that busyness was simply papering over a yawning emptiness that I did not have time to examine. The harder I worked, the less fulfilled I felt. The busier I became, the more I felt my self dwindling and disappearing. And as I became less present, my job became less satisfying and meaningful. But, conscientious person that I am, I flogged myself to work harder, even as I felt less and less happy in the job.

Gradually, I realized that I had to make a change. Bit by bit, I admitted to myself that the job was no longer right for me. I analyzed what the issues were, exploring factors such as the long hours, relationships at work, value mismatches, which aspects of work fed my soul and which crushed it, and so on. I had critical moments of insight, such as in one particular meeting where my hands were tied on a budgeting matter that would have a negative and serious impact on a number of staff; and another when I broke a bone in my foot and it failed to heal, in part due to my extremely long hours of work.

I am not one who gives up on anything easily. I came to an awareness over a period of a couple of years that I needed to leave that administrator position. It took another year to decide to retire and leave my career altogether. Although, at this point, I believe that there still are some aspects of my work that I will continue to engage in after retirement out of interest rather than for pay.

Presently, I am on a sabbatical leave from work. Initially, the leave was to serve as a period of time to make the transition from one work role to another. However, now that I have given notice of my upcoming retirement, it is serving as a transition to retirement. While on leave, I am still involved in some work-related projects; however, my time requirement for them is moderate and flexible.

What this has meant is that I have gone from long exhausting days crowded with obligations to wide open uncommitted days. There is a lot of open space in my calendar, and few external requirements to structure my days.

Always in the past, when I had flexible periods of time, I set goals and objectives and held myself to them. I created a structure to shape my time. I governed myself by the law of productivity.

But in this voyage of discovery that I'm currently on, I am letting myself become comfortable with the wide open space. I am letting time be, rather than dicing it up into "to do" lists. But this does not mean that I am doing nothing. Rather, I am doing things that invite the lost and battered aspects of my self to re-emerge, and that allow me to re-engage with non-work (e.g., creative, social, and health) aspects of life. With Rob, I'm also doing the planning and practical things necessary for us to move away and move on.

The first step as I started my leave was to rest and recover from a state of burnout. I was exhausted. I slept 9-10 hours a night. I had no energy for mental tasks and no physical stamina. For example, I struggled to make even simple decisions, like which restaurant to go out to for dinner, and to form logical arguments, and with word-finding. Recently, I was thinking back on that time, and an image came into my mind. It was a small stick figure of myself, crouched down in an angular pose, made of burnt matchsticks. Literally burnt out, expended, nothing but a blackened carbon skeleton of myself.

Gradually I have added physical exercise into every day. I walk, ski, hike, bike, or do yoga almost daily. I have time now to focus on healthier eating, and take more pleasure in planning and preparing nutritious meals. I have taken the time to follow up on medical concerns. Yoga is new for me, and I enjoy it very much. Recently, I have begun to explore meditation as a practice.

During my leave, we have done some travelling within western Canada, and have been able to spend large chunks of time with our kids and grandkids, other family, and friends. We also keep in touch by phone and through social media. It has become clear to us that living closer to family and friends is a high priority for both of us. We have keenly felt the absence of a strong social network in our current location.

I have spent time writing. I have started a new novel and written about half of the first draft of it. I have begun writing poetry again. And I have written more regular posts on this blog.

As well, I have continued with my oil painting, and currently am taking a watercolour class.

I have done a great deal of reading in areas related to my career and those work projects. I spend quite a few hours every week on the projects. I also have had more time to attend local talks and workshops in areas of interest.

The practical steps leading to a new life have revolved around discussing, planning, and taking actions to move back to our home province. As I wrote last week, we are in the middle of a renovation project and after that is done, we plan to put our house on the market. This process also involves decluttering, winding up things here, renewing my financial plan, and setting meetings with realtors and so on.

I think that I am just at the beginning of re-imaging a new life. I don't know what shape that life will take. Rather than making a bunch of plans and implementing them, instead I am looking at it as a discovery. I am preparing the soil, throwing out a few seeds, and waiting to nurture whatever pops up.